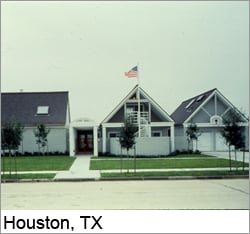 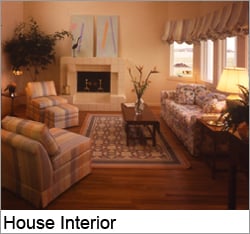 It took exactly one year for the program to follow economic forecasters into the Baby Boom market after its initial foray into the affordable first-timer realm. A decidedly move-up home targeted to a wealthy family, the 1985 version grew to 2,200 square feet and a price tag of $350,000. More than its marketing scheme, however, was its approach to that buyer: a decidedly contemporary take that incorporated four “pods,” exposed concrete columns, and a long, arched skylight across its spine.

Designed by renown architect Rodney Friedman, who led the revival of contemporary housing in the late 1970s and into the ‘80s, the village-like plan introduced the concept of designing for lifestyle with distinct zones (or cottages) for the master suite, formal areas, casual living spaces, and the garage (the latter of which features a full in-law suite above) … not to mention multiple outdoor areas used to extend living space and make the house appear even bigger. There’s also the inklings of the now-mainstream kitchen-family-nook arrangement and the replacement of the traditional fireplace with a nook for the TV.

Besides its design differences from other suburban move-up homes aimed at the same buyer, the 1985 New American Home introduced the bulk of the industry to a polyethylene housewrap material that to blocked air and moisture from the structure and air-to-air heat exchangers as a new method for recapturing heat loss through the home’s HVAC system (albeit at an 80 percent rate of efficiency)

The distinct kid’s zone, an anomaly in mainstream housing, was created to allow the youngsters to “raise hell without disturbing neighbors or parents,” according to the architect.