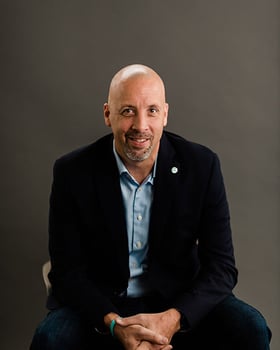 Chad Sanschagrin is fulfilling his purpose in life by making a difference in the lives of others. He began his career in the hotel industry, as a hotel steward and convention houseman. After working his way up to Director level in several hotels, he woke up one day and wanted to do something different. He wanted to find his purpose and passion and entered real estate in 2008. He began working at Richmond American Homes where he became the top sales professional in the country. When he transitioned to new home sales, he discovered that the right leadership could transform the average mindset into an extraordinary one. Today, Chad owns his own company – Cannonball Moments where he coaches corporate leaders and sales teams around the country where he takes part in unleashing the potential of all his clients. Chad has an innate ability to relate to anyone and establish a relationship of trust and honesty. When he is not focused on becoming better at changing behaviors, Chad is an international speaker. He speaks to thousands of people each year, on how to have the life you truly want. This for him is, “living the dream.” In his free time, he attends his daughter’s basketball games, is an avid runner, reads about a book per week, and loves creating memorable moments to last a lifetime with his family.

Where you can find Chad Sanschagrin during IBS: 2021 Sales Rally: Future-Proof Your Sales Skills Shift Happens, Have You? Rethinking Your Marketing & Sales Strategies