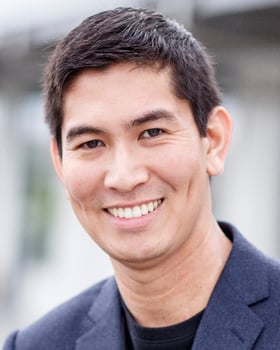 With more than a decade working at the heart of the technology industry, Dex Torricke-Barton has managed communications for some of the most-influential and admired Silicon Valley leaders and corporations of our day. From 2012-2016, he led the executive communications team at Facebook and served as personal speechwriter for Mark Zuckerberg. He then went on to join SpaceX as senior director of communications. He is currently head of communications for the Oversight Board, the independent body that will be making decisions on Facebook and Instagram’s most challenging content issues. A natural storyteller, Dex has an arsenal of jaw-dropping, one-of-a-kind anecdotes that he uses to illustrate spellbinding lessons about moving to the middle of change to access opportunity, understanding connectivity as a universal force, and embracing the emergence of a global generation. A firm believer that corporations must tap into the challenges presented by technologies moving societies across borders rather than running from them, Dex is exclusively represented by Leading Authorities speakers bureau. On stage, Dex expertly combines his experience working for some of the world’s most-innovative and technology-driven brands with his passion for social innovation to help companies shift towards a 21st century business methodology. Dex takes audiences into Facebook’s boardroom, Musk’s open-concept cubicle, the famed Googleplex, and finally to the UN itself to share lessons on what it takes in today’s environment to build highly-effective internal teams, how to use storytelling in modern communications, and what to make of the steady transition from local to global that’s unfolded over the past decade. It’s truly fascinating to hear him talk about lessons learned from playing chess with Mark Zuckerberg in the middle of the night, or the intimidating, singular question asked by Elon Musk in a job interview. With prized insight on framing local problems globally, Dex encourages CEOs and entry-level employees alike to move to the center of disruption in order to innovate and offers practical advice for finding success in a constantly changing world. In addition to working with Mark Zuckerberg and Elon Musk, Dex formerly served as Google’s first executive speechwriter, supporting CEO Larry Page and Executive Chairman Eric Schmidt, and is a New York Times bestselling ghostwriter. He began his career at the United Nations in 2008 as a speechwriter and spokesperson for the office of UN Secretary-General Ban Ki-moon and holds a bachelors degree in politics from University College London and a master’s degree in Russian and East European Studies from the University of Oxford. In November 2016, Dex left his role as head of communications for SpaceX to pursue projects focused on global social change, serving as an independent strategic communications adviser for major technology companies and political leaders in the U.S. and UK. He is continuing to focus on ways to advance human rights and freedom of expression online as head of communications for the Oversight Board Administration.