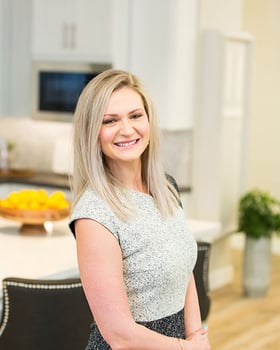 Stephanie McCarty joined Taylor Morrison as the vice president of corporate communications in 2015 and was promoted to chief marketing and communications officer in 2018 after transforming the company culture and branding position nationwide. In her role, Ms. McCarty leads consumer marketing, executive and employee communications, media relations and PR, and crisis and issues management. Upon her arrival she built a communications team from the ground up, elevated visibility of key leaders through major media placements, earned trust and credibility from 3,000+ team members through creative communications channels and increased employee engagement scores around transparent communications. She has also led Taylor Morrison to becoming the nation’s fifth largest homebuilder through a series of mergers and acquisitions, and to earning notable accolades—like America’s Most Trusted Home Builder by Lifestory Research five years running and a ‘Best Places to Work’ Award by Glassdoor. Ms. McCarty’s forte and the cornerstone of her communications strategy at Taylor Morrison is delivering “corpsumer” (corporate + consumer) communications that enrich emotional connections between team members, customers and consumers. She is an active member in the communications field, receiving a ‘Top Women in Communications’ Award by Ragan, a ‘Top Women in PR’ award from PR News, serving on the board for the International Association of Business Communicators in multiple capacities.

Where you can find Stephanie McCarty during IBS: Getting Shoppers To Raise Their Virtual Hand: New & Effective Calls To Action