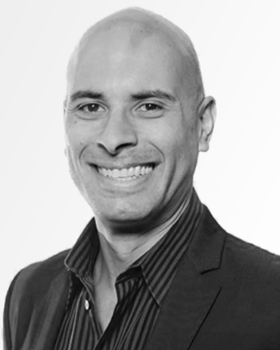 Bassam founded AtlasRTX in 2016, as a customer engagement platform that combines artificial intelligence/chatbots, messaging, and human-augmented engagement to allow businesses to offer their customers, partners, and employees the real-time experience (RTX) they expect. Prior to founding AtlasRTX, Bassam was Chief Operating Officer at MaritzCX, the world’s largest customer experience technology company with annual revenues of $200 million. As COO, he was responsible for all operations globally with a team spanning 18 offices around the world and numbered over 600 full-time and over 1,500 part-time staff. Before MaritzCX, Bassam was Chief Business Officer at inContact, the largest cloud provider of enterprise software for contact centers. He was responsible for all customer and revenue operations of the $200 million, publicly-traded company which has since been acquired by NICE. During his five-year tenure, the company’s market cap grew from $98 million to over $600 million. Prior to inContact, Bassam was with other leading-edge technology companies such as Omniture (acquired by Adobe), Attensity (acquired by inContact), Siebel Systems (acquired by Oracle), IBM, and Philips Electronics. Bassam holds B.S., M.S., and M.Phil. degrees in Computer Science as well as an M.B.A. in Management of Technology from the University of Utah. Bassam was born in Egypt, lived in France and England and resides with his wife and two sons in Park City, Utah, home of the 2002 Winter Olympic Games.