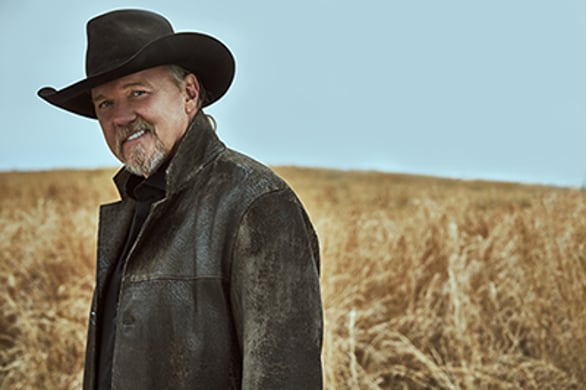 Close out IBS with a private concert by country superstar Trace Adkins.

In his 25-year career in Country music, Trace Adkins has sold over 11 MILLION albums, charted over 20 singles, earned numerous awards and GRAMMY nominations and garnered over TWO BILLION streams. A Grand Ole Opry member for nearly two decades, the Louisiana native is known for dynamic baritone and fiery, always-memorable live performances, and has expanded his Country career to include film and TV acting.

He broke out in 1996 with the debut album, DREAMIN’ OUT LOUD, cracking the Top 5 of Billboard’s Hot Country Songs chart with “Every Light In the House Is On” and following with the #1 smash, “This Ain’t (No Thinkin’ Thing).” Since then, Adkins has pioneered a mix of classic Country minded traditionalism and adventurous, good-natured showmanship, breaking open new avenues in modern Country through fun-filled hits like “Honky Tonk Badonkadonk” and “Hillbilly Bone” (with Blake Shelton).

You must have a ticket to enter the event. You'll find ticket information in the "How to Participate" section below.

THIS EVENT IS SOLD OUT

Tickets are required for this event. Tickets are $40 and may be purchased online by adding them to your IBS registration.

Note – Qualified Spikes, Delegates and State/Local Association staff should plan to pick up their complimentary tickets on-site at the Spike Ticket Counter in the IBS Attendee Registration area in the OCCC’s Hall A Lobby, Level 1.

Tickets purchased on or prior to January 7, 2022 will be mailed. Tickets purchased between January 8 and February 10, 2022 must be picked up by the purchaser at the IBS Special Events Ticket counter in IBS Registration at the OCCC, West Hall A Lobby beginning Sunday, February 6, 2022. Tickets will not be distributed to anyone other than the purchaser of record. Photo ID will be required.

All education and events will be live and in-person. After the show, recorded sessions will be updated as On-Demand and will be available to registrants until March 31, 2022.