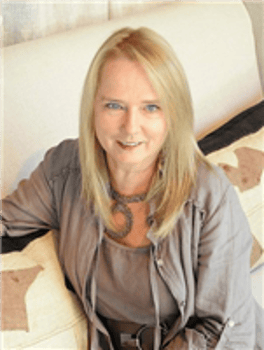 Jillian Pritchard Cooke is the founder of Wellness Within Your Walls, a standard that aims to connect the global family with healthy, eco-sensitive products, that result in sustainable, non-toxic interior environments. WWYW addresses the "Tight Box Syndrome"- the result of poorly ventilated buildings that have placed energy efficiency above health. WWYW strives to educate the builder, manufacturer, architect, designer, and consumer on how to take control of reducing toxins in the interior environment through natural, sustainable, and responsible choices. Jillian is also the founder of DES-SYN, an interior design firm that was established in 1991. Jillian is known as a premier eco-interior designer, creating interiors that are beautiful and healthy for the client and kind to the earth. With more than 30 years of experience in cities including London, New York, Los Angeles, Philadelphia, Newport, and Atlanta, she has become well known to many in in the residential, commercial and hospitality design industry Jillian has authored numerous articles that specifically deal with reducing harmful toxins in the interior environment. Jillian has been featured on CNN, Martha Stewart Radio, and Cox Studio's Toxic-Free Talk Radio and her designs have been published by Veranda magazine, The New York Times, The Wall Street Journal, Town & Country, Professional Builder and Builder Magazines and numerous other publications nationally and globally.

Where you can find Jillian Pritchard Cooke during IBS: