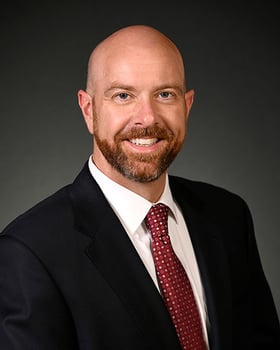 Eric Alarid’s career in building began at the age of 16 in the Warranty Department of his family’s homebuilding company, Tilson Homes, where he learned early on the most important aspect of the business – the Customer. Tilson Homes is a 4th Generation Family Owned and Operated “Build On Your Land” Homebuilder currently operating in over 100 counties across the state of Texas. In business since 1932, Tilson has developed a system that allows them to build 400-500 custom homes per year – all scattered site – on the customer’s land. Eric has spent the past 25 years working at all levels within Tilson where he now serves as Senior Vice President responsible for Marketing, Sales, and new ventures. He is a member of Tilson’s Executive Team as well as its Board of Directors. Eric has served locally on the boards of the Greater Houston Builders Association and Montgomery County Builders & Developers where he served as board President. Having navigated his sales team through the Great Recession, Eric learned, as has every generation at Tilson Homes, how critical teamwork and leadership are to a company’s success. Eric has a deep understanding of the attentive care “On Your Land” customers require and enjoys coaching, mentoring, and sharing his experiences with Tilson’s next generation. His perspective on how business decisions impact existing and prospective customers is invaluable given today’s emphasis on CX (customer experience).

Where you can find Eric Alarid during IBS: The “On Your Lot” Revolution: Secrets & Myths From Three Successful Managers