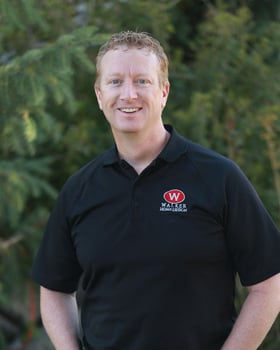 Walker Home Design (WHD) was founded in 2000 by Michael James (Jamie) Walker. Quick House Plans.com is his second company that launched in 2014. After a successful 8-year career designing homes for the largest home builder in Utah, he and his wife decided to start their own business. Jamie enjoys helping people design homes by showing them how to think differently and create a dwelling that is economical to build, functional to live in and attractive to look at. Jamie and his team have designed over 4,000 single family, multifamily and remodel projects, including one of the largest haunted attractions in the western states, The Fear Factory. Walker Home Design loves to give back. Jamie and his team have designed dozens of themed rooms showcasing children from the Make-A-Wish foundation. WHD has also donated home plans to the Habitat for Humanity, along with playhouses to the Shriners Hospital and the Festival of trees which funds the local Primary Children’s Hospital. Jamie has a Marketing degree from the University of Utah, an Associates degree in Architecture/Engineering from Rick’s College and a Master’s degree in Business Ownership from E Simplified. He’s been an active member of the state and local HBA’s since 2002. WHD has received numerous awards including 5 time winner “Best of State”, Utah. Best of Show, Best Architect, People’s Choice in the Salt Lake Parade of Homes and Associate of the year from the Salt Lake HBA.

Where you can find Michael Walker during IBS: Designing Attainable, World-Class House Plans That Save Thousands When You Build