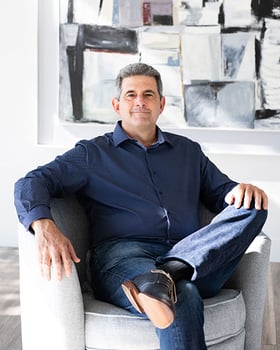 You can expect that Jim has a vast knowledge of the construction industry. He started at the age of 16 in a cabinet shop and then after high school worked through the Carpenter’s union apprenticeship program. After completing his apprenticeship, Jim became a licensed contractor & started his construction co. in 1994 and has worked through out the Bay Area. As Jim’s reputation for quality workmanship grew so did his business. In 1998 he was the framing contractor on “This Old House” where he helped renovate the 1906 Arts & Craft -style church & was featured on the show. In 2005 he built and operated a custom cabinet shop. That designed high end cabinetry & furniture for the discriminating homeowners who require the attention to detail. Jim’s dedication to excellence is infectious and as a result the company has received numerous awards on the local, regional and national level, including a 2005 & 2006 award for Overall Excellence issued by the local chapter of the National Association of the Remodeling Industry. Recognized as leading contractors in the Bay Area, in 2008 Jim was named a Big 50 company by major trade publication Remodeling Magazine. Companies named to the Big 50 have distinguished themselves by outperforming their best competitors through outstanding customer service, exemplary business practices, exceptional management skills and top quality work. Jim has over 30 years of experience in the trades and over 25 years of owning his own company.

Where you can find Jim Pitcher during IBS: