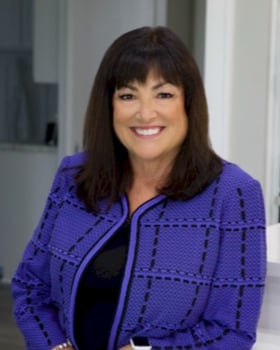 Karen Schroeder is the Vice President and co-founder of Mayberry Homes in East Lansing, Michigan. She was instrumental in chartering and is the past Chair of the Greater Lansing Professional Women in Building council. She is the current Chair of the NAHB PWB Executive Board as well as the 2019 Past Chair of NAHB 55+ Housing Council. Karen was the first woman (along with her business partner) to be inducted into the Michigan Construction Hall of Fame, they were named the #1 Builder in North America in Customer Service by Avid Ratings (formerly NRS) and continue to be awarded the Gold Award for Customer Experience annually. They were named National Volunteer of the Year by St. Jude, Building Partner of the Year by Homes for Our Troops, and given The Ballantine Award for Extraordinary Service. Karen was named the 2017 Advisory Board Member of the Year by NAHB as a result of her service with Michigan State University. Karen and her business partner were named 2017 Greater Lansing Business of the Year and in 2017 Karen was named the NAHB PWB Woman of the Year. Most recently Karen became the recipient of the Michigan State University College of Natural Resources Honorary Alumni Award. Karen resides in East Lansing, Michigan. She has three grown children and two grandchildren.

Where you can find Karen Schroeder during IBS: