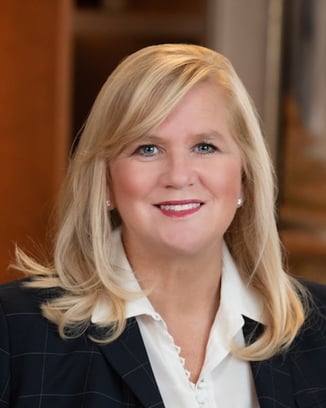 Liesel Cooper—Currently the National President at Century Communities—Liesel has had a long history of success in the homebuilding industry, having served in prominent positions for several national builders’ including KB Homes, Richmond American Homes and Meritage Homes for over 36 years. In her current role, she directly oversees land acquisition, land development, land entitlement, construction, purchasing, product development, sales, corporate public relations, marketing, customer service functions, and finance—resulting in over $3 billion in revenue for the company for the Century Communities legacy brand. She also joined Century Communities just prior to its initial public offering and has played a key role in the company’s growth into a top 10 US builder with a national footprint.

Where you can find Liesel Cooper during IBS:
The Unqualified Leader: What the Resume Doesn't Reveal

Legal Disclaimer: Presenters providing educational programs for the NAHB international Builders’ Show® (“IBS”) submit their own biographical information and any accompanying handouts for use by the National Association of Home Builders (“NAHB”). NAHB provides these materials for general information purposes only and does not guarantee the content or accuracy of any information provided by Presenters that may be used during the IBS, printed in IBS publications, or posted on this web site.
© 2023 National Association of Home Builders of the United States. All rights reserved.