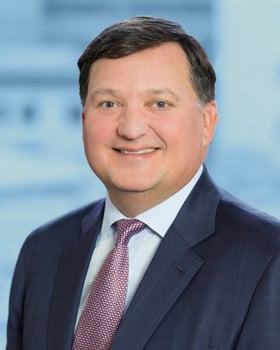 Carl Reichardt is Managing Director and Equity Research Analyst at BTIG, LLC, and covers the homebuilding industry. He was selected the #2 stock picker in the Household Durables sector during 2018 by Starmine/Refinitiv. In 2010, 2008 and 2007, Carl was named to the Institutional Investor All-America research team for his sector, and was named a Wall Street Journal All-Star Analyst in 2008, 2006 and 2005. Carl's 18-year Wall Street career includes tenure at Wells Fargo Securities and its predecessor Wachovia Securities, and at Banc of America Securities and its predecessor Montgomery Securities. Before joining BTIG in 2016, Carl was Chief Investment Officer of Hacienda Capital Partners LLC, a single-family office, overseeing investments in equities, real estate and agriculture. Carl also previously served as Managing Director of Research at John Burns Real Estate Consulting, a research and advisory firm serving the U.S. housing industry. Carl began his career working in a variety of capacities for The Fieldstone Company, a large private homebuilder in Southern California. Carl received his B.A. in English from Georgetown University and his M.B.A. from the Graduate School of Business at Stanford University.

Where you can find Carl Reichardt during IBS: Who, What, Where & Why: Making the Most of the Latest Industry Trends, Demographics & Analysis