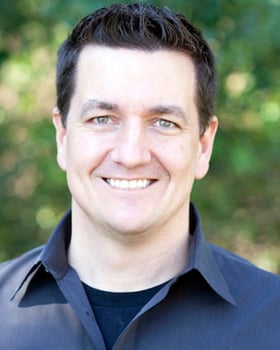 Thomas Holt is Co-Founder and Director of Visualization at Higharc, a technology company that is changing the way new homes are designed and built. His background is in the video games industry where he was an Art/Creative Director who developed visuals, directed art production, developed business strategies, and managed creative teams at 7 different studios while developing over 15 major game titles and franchises. Thomas has worked with major publishers (Tencent, Electronic Arts, and Square Enix) and his games have been played by millions world wide on computers, game consoles (for Sony, Microsoft, and Nintendo), and phones and tablets. Those games have won numerous awards, broken records, been featured at conferences and in the media, streamed by celebrities, and part of esport leagues and tournaments with millions of dollars in prize pools. Thomas has also developed real-time 3D, procedurally generated environments and cities for his projects and has been an instructor and mentor in his field. He has taught classes, workshops, university courses, and has spoken at numerous conferences and events around the world.

Where you can find Thomas Holt during IBS: Gamification: How Video Games Are Shaping the New Home Buying Experience